I promise this isn’t only going to be a blog for talking about my relationship. My first post about long distance relationships seemed to have struck a chord with people – thank you for the kind words! This is kind of a part 2, the visit and what happens after.

Plus, we’re adorable and I love to talk about us.

I’ve read lots of blogs about long distance relationships since we started dating. One thing I kept reading about was the problems that can come from a vacation mindset. Every time you get to go visit your partner, it’s a vacation (obviously). However, this can be problematic because when you do live in the same place, the routine of daily life can be quite jarring and make for a difficult adjustment. Brandon and I do a lot of fun sight-seeing adventures, but some day, we will also have to get used to boring daily life. I wasn’t sure how to break the vacation mindset because, well, it is a vacation. I got to sleep in, be lazy, not go to work, and one morning I even got breakfast in bed (isn’t he just the best?).

However, in many ways, this visit was interesting because we had to deal with some not so vacation-y things. When I first arrived, Brandon had some kind of stomach bug for the first few days. We went to Montreal for a few days with a bunch of friends and had to spend the first night in while I made Brandon eat one cracker every 3o minut

es so that he could get something in his body. Later in the week, we had big touristy plans in Moncton, but ended up getting rained out and watching movies at his mom’s house. There were lots of little things that we could have gotten frustrated about and some things that we could never have even anticipated but we managed them together.

Rather than being overly disappointed by these circumstances that were out of our control, we enjoyed the fact that we got to be together. There can be a lot of pressure to try to make your visits the most romantic and fun-filled. There’s all this pressure because you only have so many days, so everything has to be perfect. But the goal isn’t to have a bunch of Instagram-worthy pictures (though it is a bonus) or to have a perfect two weeks together. What we really want is to get to be together and use the limited time we have together face-to-face to grow our relationship. I learned a lot about Brandon in my time there, which was actually super interesting. It’s kind of weird because I would consider myself someone who knows him pretty well, but of course, there’s always new things to learn. Some of it was minor things (how do we balance his mumbling with my apparently bad hearing). But I also got to see a lot more of his life and the people in it. 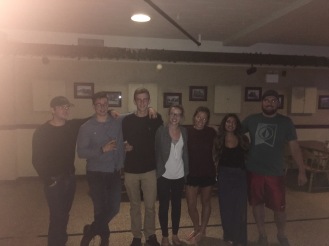 I used to joke with people at home that I spent all day talking to people I hadn’t even met yet. It’s true! I talked to lots of Brandon’s friends I had never met or had only met once. It was this weird limbo friendship because we hadn’t met but we knew we were going to be great friends. I loved getting to know the people in Brandon’s life more and hear stories from the days before I ever knew him. I cried on multiple occasions leading up to the day I was leaving because it was so, so hard to leave these people.

Another thing I started to realize is what a strain long distance relationships can be on the people around us. So much of my focus has been on how it is hard for Brandon and me, but

it’s hard for our friends and family too, though perhaps not to the same degree. If I go to see Brandon for a holiday, then it’ll be hard for my family if I’m not there. The same for his family. It’s more difficult for my family to get to know this really important person in my life, and the same for Brandon’s family. Social media is a great thing, but it’s not quite the same. I’m so glad I got to spend time getting to know Brandon’s family and again, hearing those adorable stories of a Brandon before I knew him.

I listened to people telling me stories of a younger Brandon and found myself wishing I’d known him all my life. But the people there have loved him all these years, and they’ve welcomed me into his life and theirs without a second thought, opening their arms to say “You are welcome here.”

Sometimes I think back on recent years and all the things I’ve lost and I am starting to see that for all the tears and heartache, I am gaining more than I ever would have imagined when I burst through that door one random February night.

The goodbyes are always going to be hard, and as time goes on, there are going to be more to say. but the hardest goodbye is the one I say last. I spent the whole trip trying not to think about the moment I’d have to look into the face of the man I’d only just found again in an airport and say, “See you later.” It felt like a long time that I was there, but of course it was over far too soon. We planned to spend the day in Halifax but found it hard to leave the house and take those first steps. But we got there eventually and spent some time on the waterfront. There’s never a good time to leave. The early flights are hard because it’s like, wake up and say goodbye. But flights later in the day just seem so painful. You’re trying to make the seconds pass as slowly as possible, but they are passing.

In those last hours, you regret every time you had a bad attitude or said anything other than “I love you.” You feel bad for the days you couldn’t do much more than sleep or when you got irritated for something small. You regret all those things because overall it’s all so insignificant compared to having to leave. You want every moment to be perfect but that’s not real life. Real life is sleeping too late. Real life is getting irritated. Real life is routine but finding that routine together.

We stood in that airport, hugging and crying, and I thought, How am I supposed to let go and actually walk away? But my flight was boarding soon, and I had to go. It was a Herculean effort to let go and start to walk away, to let his fingers slip through mine. I cried all the way through security and wondered if it was too late to run back and never leave.

But now it’s been almost two weeks. I’ve been gone now almost as long as I was there, and it feels like a small eternity. But you get back into the routine of talking on the phone and having Skype dates. The people here were really kind when I came back, asking if I was okay and buying me coffee to get through. I’m pretty sure that for the first few nights, I was crying in my sleep (don’t ask me how that’s possible). I just keep reminding myself, this is so worth it.

As they say, how lucky I am to have something that makes saying goodbye so hard. 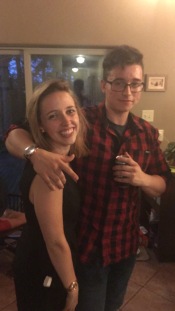 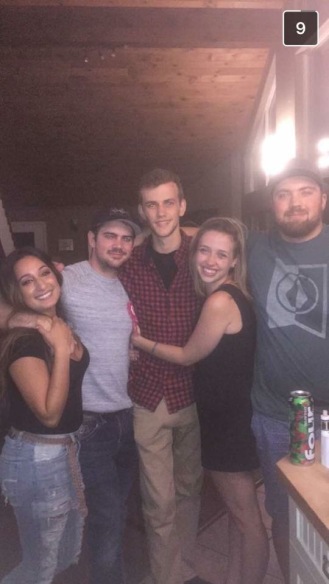 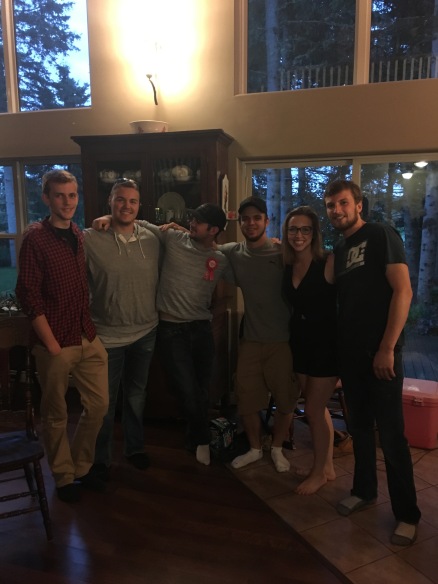 2 thoughts on “When I See You”